Showing posts from October, 2013
Show all

Reflections on the Life and Influence of Dr. John Campbell

- October 15, 2013
Bruce Stover, Petroleum Engineering ‘71: Reflections on the Life and Influence of “Dr. John” I never had the privilege of being a student of John Campbell … or Dr. John as we all endearingly called him.    I was a student at OU from 1967-71, a period of great unrest and agitation sparked by the ongoing war in Viet Nam and it’s spillover to college campuses all across the country.    Being an engineer in those times was not a popular field of study for much of the campus population in those days.    In fact, I had started college with a declared intent to major in architecture.    I grew up around the oil and gas business.    My dad was a petroleum engineer from OU, but he didn’t encourage me to follow in his footsteps.    In fact, he told me in the summer of 1967 that he thought there was no future in the profession, so I abandoned the thought of being a PE and followed another interest in architecture. I first met Dr. John through my fraternity, where he was then serving as faculty ad
Read more

A Tribute to the Memory of Dr. John Campbell 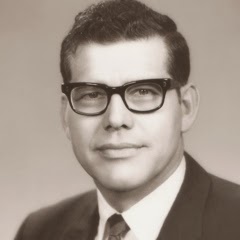 A 17-year member of the CoE Board of Visitors as well as a 1995 inductee into the Distinguished Graduates Society, the highest honor the college bestows on its graduates, there is no doubt that John Campbell has left a lasting legacy. John M. Campbell, Sr.  91, of Norman, Okla., passed away Aug. 24. Campbell was born in Virden, Ill. and graduated from Burlington High School in Iowa in 1940. He received a Bachelor of Science degree in chemical engineering at Iowa State University in 1943. Shortly after graduation he was assigned to the Manhattan Project by his employer, DuPont, and was part of a group that developed the atomic bombs that were dropped on Nagasaki and Hiroshima, which ended the war with Japan. While on the project he met and married Gwen Thompson. That began a wonderful 61-year marriage that ended with her death in 2006. In 1946 he came to the University of Oklahoma as a graduate student and instructor in chemical engineering. In 1951 he received a Ph.D. in chemical engin
Read more
More posts