Showing posts from May, 2018
Show all

Two Inducted in to Class of 2018 Distinguished Graduates Society 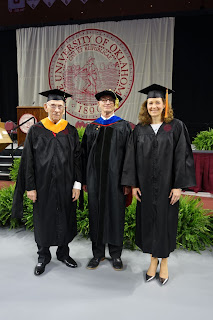 Edward Holstein, Dean Tom Landers and Dolly Wagner-Wilkins at the 2018 Conovocation Ceremony In 1990, the the Gallogly College of Engineering established the Distinguished Graduates Society to honor our most accomplished alumni. Selection is based upon prominent and distinguished professional or technical achievement, notable public service, outstanding contribution to and support of education, honors of election in organizations, and other contributions to the engineering profession. Introducing the DGS Class of 2018: Edward D. Holstein and Dolly Wagner-Wilkins. These newest members of the DGS were inducted during the engineering convocation on May 12 at the Lloyd Noble Center. Dolly Wagner-Wilkins BS Industrial Engineering ’87 Dolly Wagner-Wilkins is the chief technology officer at Worldwide Express, with oversight and leadership across the technical spectrum of the company. She is accountable for the company's technology strategy, as well as development, delivery, IT opera
Read more 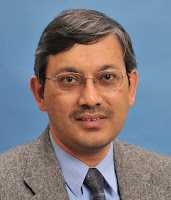 A University of Oklahoma professor, Mohammed Atiquzzaman, is the recipient of the prestigious Institute of Electrical and Electronics Engineers Satellite Communications Technical Contribution Award for 2018. The annual award is given to an accomplished, senior-level researcher who has achieved outstanding results in satellite communications and recognizes excellent scientific contributions done by academia and industries. Atiquzzaman will receive the award at the IEEE International Conference on Communications in Kansas City, Missouri, May 20-24.  “Professor Atiquzzaman is an international expert in the area of satellite communications as witnessed by his many research contributions and international collaborations,” said Sridhar Radhakrishnan, director, OU School of Computer Science, Gallogly College of Engineering. “We are truly honored to have such an esteemed colleague.” Atiquzzaman, a professor of computer science in the School of Computer Science, Gallogly College of Enginee
Read more 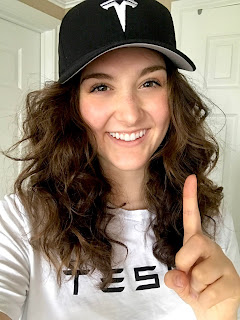 For the past eight months, I have been working at Tesla's headquarters in Palo Alto, California as a part of their internship program.  During my time there I worked on the Hardware Development, Test and Analysis team, where I specialized in test development.  As a participant on this team, I had the opportunity to focus on three different areas of test development and execution: thermal systems, off-board charging and mechanical systems.  I worked to design and execute tests for each of these areas, many of which involved prototype components.  In order to do this, I used programs such as CATIA (CAD software), MATLAB, Python and LabVIEW.  I also used resources such as thermal chambers, humidity chambers, vibration tables and Ingress Protection testing in our Powertrain Test Lab.   It was an extremely exciting time to be at Tesla! I had the opportunity to be a part of the launch of the Model 3 to the public, as well as the announcement of the Tesla semi-tr
Read more
More posts