Showing posts from February, 2010
Show all

- February 18, 2010
Published February 16, 2010 Casey Wilson/The Daily Representatives from OU and ExxonMobil dedicated the ExxonMobil Lawrence G. Rawl Engineering Practice Facility on Monday. OU President David Boren said the new facility will only reach its full potential with students’ innovation and inventions. “As great as the physical faculties may be, it will not greatly add to the benefit of our society; it’s what goes on inside it,” Boren said. “It’s the vitality of what goes on inside it.” Donald Humphreys, senior vice president and treasurer of ExxonMobil Corporation, said the company has a long history of a great partnership with OU, and it relies on engineers for almost every part of its business. “Today, I think it’s clear that our highly technological society depends enormously on good engineering and good engineers for prosperity and progress,” Humphreys said. With a facility that is the first of its kind, OU is serious about prepari
Read more 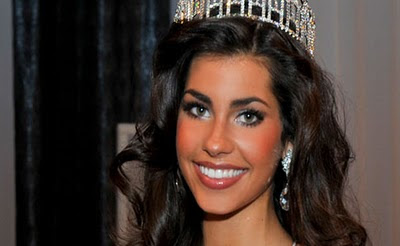 On April 18th, the University of Oklahoma College of Engineering will be watching as one of their own attempts to capture the crown in this year’s Miss USA pageant in Las Vegas, Nevada. Bethany Gerber, an undergraduate industrial engineering student at OU, will represent her hometown of Winfield, Kansas in the Miss USA pageant. After being named Miss Kansas USA 2010, she decided to take a semester off in preparation for the April pageant and to spend some time in giving back to her community and state. “I was Sooner born and Sooner bred,” said Bethany Gerber when asked why she chose the University of Oklahoma. Another reason for attending OU is her strong connection to family, which just so happens to consist of many OU alums. She is very close to her brother, Beau, who is also a student at OU. In fact, she cites him as one of the main reasons she came to Norman. Although her brother lives in Norman and attends OU, most of her classmates from high school went to colleges in Kans
Read more
More posts