Showing posts from August, 2009
Show all

At the Minority Engineering Program's banquet in April,  Kelan Berry  was awarded the prestigious Wayne Steen Memorial MEP Scholarship for the 2009-10 year. Kelan said he considers this "the greatest honor," for he understands the significance of the memorial fund established by the man whose name his scholarship bears. Kelan, a senior industrial engineering major from Oklahoma City, was introduced to students from OU's industrial engineering program during a high school physics class. He was impressed with what he learned, so he visited campus. There, he met Ben Lopez, interim diversity and MEP director, making an instant connection with what would become his home away from home. Kelan was selected as an Oklahoma Alliance for Minority Participation in Science, Engineering and Math scholar his sophomore year. He participated in a Research Experience for Undergraduates program, during which he worked as a lab assistant and gained experience in making presentations on
Read more 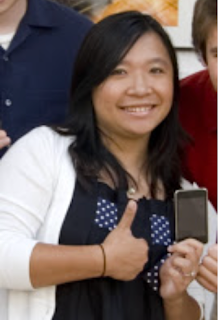 Norman, Okla. is a world away from Ho Chi Minh City, Vietnam, where Kelly Tran was born. Yet, Kelly has discovered the University of Oklahoma College of Engineering as the perfect place to study and develop her passion in computer science. Kelly’s love of programming began in the second grade when she was introduced to Pascal. By the time she was in sixth grade, Kelly was able to analyze and better understand the programming process. When asked, “Why computer science?” Kelly responds without hesitation, “I like to see the computer respond to something I told it to do.” Kelly came to Oklahoma as a high school exchange student when she was 18. She attended Carl Albert State College for two years before entering the computer science program at OU. Upon arrival, she wasted no time in applying herself, not only to her undergraduate degree, but also in the university community at-large. According to Kelly, it was her adviser and mentor, Deborah Trytten, who made her transition to OU a smooth
Read more

The College of Engineering embarks on her Centennial Year

ngineering education at OU has beginnings well chronicled by Dr. David W. Levy in The University of Oklahoma, A History, Volume I, 1890 – 1907. He notes that “In the Catalogue for 1901-1902 the new heading “Engineering Course” summarized the situation . . .” of engineering oriented courses available in mathematics, surveying, chemistry, and the like.  The OU College of Engineering  was formed in 1909 and recorded its first graduates in the spring of 1910. As we begin our 100th anniversary, we do so recognizing the dedication of those who have come before us, setting a precedence of excellence and contributing not only to who we are now but also to who we will become during the next hundred years. We look forward to celebrating this milestone in our history this academic year. Plans are still developing for events, which will culminate in the Centennial Symposium scheduled for April 21 and 22, 2010. The symposium will include stimulating panel discussions and stellar keynote speakers
Read more 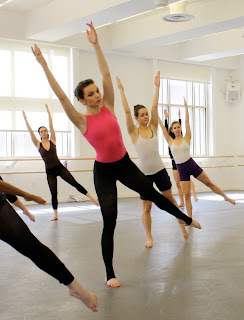 To say that Ginny Hardwick “keeps on her toes” is more than just an expression; it’s a daily requirement for this senior modern dance major. But keeping on her toes translates beyond the Reynolds Performing Arts Center Dance Studio as Ginny is also a computer engineering major. Like many young girls, Ginny has been a student of dance since she was four-years-old. Her passion for dance began at the Dallas Ballet Center where she studied ballet under Janie Christy for two years. Ginny continued classes at the Janie Christy School of Dance through her high school years, continuing to develop her skills and eventually teaching classes herself. But dance was not Ginny’s singular passion. She discovered a propensity for math early on which would lead her to pursue studies at the Science and Engineering Magnet High School in Dallas. A National Merit Scholar, Ginny’s challenge was to find the right university that offered both an excellent dance and engineering program. She auditioned for th
Read more

by Heather Caliendo The Journal Record August 6, 2009 TULSA – Local universities have pooled their resources to keep Oklahoma’s aerospace industry flying forward.   Shivakumar Raman, director of SEAM (Shape Engineering for Advanced Manufacturing), with a coordinate measuring machine. (Photo by Maike Sabolich) Shape Engineering for Advanced Manufacturing (SEAM) strives to provide services for aviation maintenance, repair and overhaul services. The research and development center for SEAM is supported with faculty and resources from the University of Oklahoma, Oklahoma State University and the University of Tulsa. The idea for SEAM has existed for some time, said Shivakumar Raman, engineering professor at OU and director for SEAM. His vision for SEAM was to efficiently manage change within the aerospace industry and close technology gaps that might exist for Oklahoma-based companies. “We are selling a service, not a product,” he said. “We’re working to empower everyone involved in Oklah
Read more
More posts